We altered our plans slightly when Bob and Mandy suggested we meet them for lunch at the Falkland Arms at Great Tew – another fine example of an idyllic country inn. 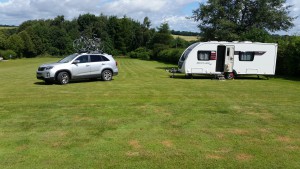 We decided to stay on a local CL SIte, Newton Grove at South Newington. 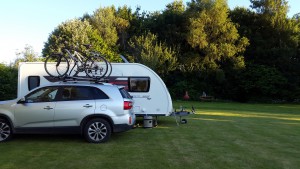 No electric hookups but John was busy manufacturing a solar charging unit with battery and inverter for future guests to utilise. A number of picnic tables and a chiminea adorn the edge of the field and the very helpful owner John had left us with a small supply of wood. 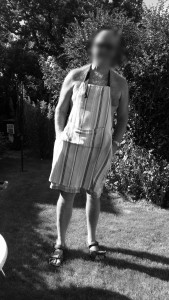 After visiting the Falkland Arms, Bill (the naked chef) and Mandy invited us to their place near Woodstock for a BBQ.

On returning to Newton Grove, we made full use of the chiminea and chopped some additional fuel from the wood just behind, watching the local bats feasting on insects. Both pyrotechnic events passed without damage to people or property…

Much of the day was spent preparing to leave Carsington Water Caravan Club site. The weather held off enough to allow the awning to dry out and be packed away.

An afternoon trip to Bakewell resulted in refreshed stocks of various Bakewell tarts from the Bakewell pudding shop.

Evening was dinner at the Red Lion in Hognaston. Restaurant class food in a casual village-inn environment. This has been our classiest find of the trip.

Day four of the mini railways expedition and the Monsal Trail runs along the former Midland Railway line for 8.5 miles between Blackwell Mill, in Chee Dale and Coombs Road, at Bakewell. 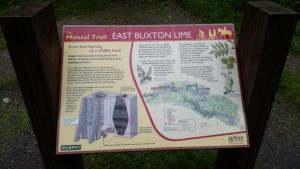 The trail has been nicely restored and offers one of the most spectacular leisure routes in Britain for cycling, walking and horse riding.

All of the tunnels have been repaired and the longer ones have lighting present. 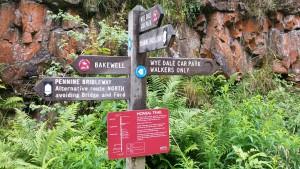 It was a wet and miserable day for weather but we completed the 17 miles round trip, having a picnic at the halfway point.

Day three of our historical railway journeys and today its the turn of the High Peak trail – a 17 mile journey from Cromford to Dowtow, near Buxton.

Formerly, the Cromford and High Peak Railway, it was completed in 1831 to carry minerals and goods between the Cromford Canal wharf at High Peak Junction and the Peak Forest Canal at Whaley Bridge. 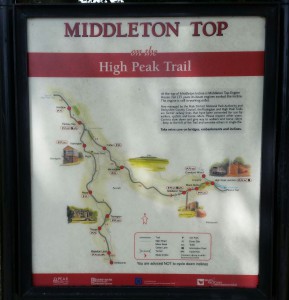 We started the trail at Middleton Top to avoid the steep 2.5 mile incline from   Cromford. Stationery steam engines were required along this section to haul the trucks up the track. Horses were used on the flatter sections. 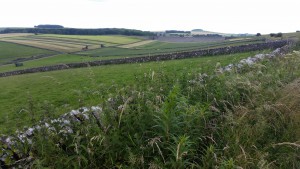 Upon leaving there is a short sharp incline of around a mile out of Middleton Top but then it’s all flat / slight incline beyond High Peak junction and on to Parsely Hay. 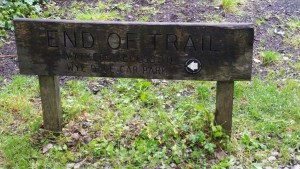 This time we didn’t stop at Parsely Hay but continued to then end of the trail where there is a pub, the Royal Oak. We had taken a picnic but the food looked good so would recommend this as a place to eat.

The return journey was as expected somewhat easier being predominantly flat / downhill – this is the best way to cycle this trail.

In the evening we cooked on the BBQ. 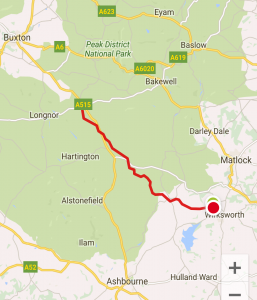 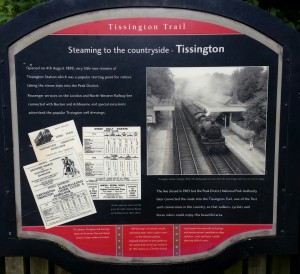 The old Ashbourne to Buxton railway was opened in 1899 but regular passenger services ceased in 1954 and in 1971 it became a cycle trail – The Tissington Trail. The trail is named after the village of Tissington which is on the route. 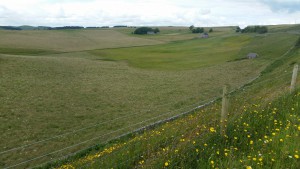 We drove to the car park close to the start of the trail at Ashbourne and cycled towards Buxton. Whilst we hadn’t planned which direction to take, we were pleased to have selected this way as the entire 13.5 miles was uphill – a steady grind for the entire length of the trail. Plenty of unspoilt scenery on the route to Parsley Hay. 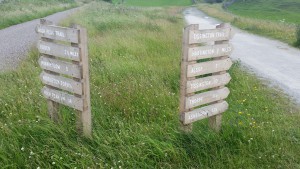 We stopped for a coffee at Parsley Hay, which is just past the point where the Tissington Trail and High Peak trails converge. 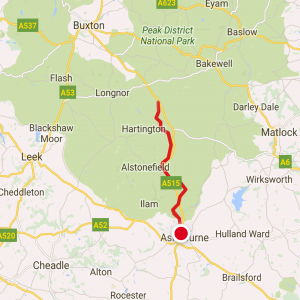 The return journey was predominantly downhill and required little effort whatsoever to complete. Still the entire journey had taken some 4 or 5 hours.

In the evening, we ate at the Chinese restaurant in Ashbourne.

Everything around here is called Peak – and it’s not because of all the hills and dales of which there are a plenty. It’s because the area used to be inhabited by the Peak tribe.

In the heyday of steam, there was a whole array of railway lines crossing the Peak District from London to the East Midlands and then heading to Manchester and beyond. For the next few days, we’ll be exploring a number of these lines, none of which are part of the Railway Network anymore. 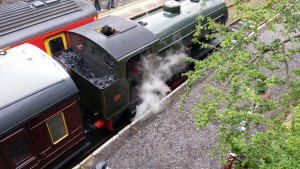 Today we would travel from Matlock to Rowsley on Peak Rail. Peak Rail is a preserved railway which operates a steam and heritage diesel service for visitors to both the Peak District and the Derbyshire Dales. Peak Rail is a part of the original Manchester, Buxton, Matlock and Midland Junction Railway.

The heritage railway line is over three and a half miles in length and operates train services from Matlock station (shared with Derwent Valley Line services from Derby via Ambergate) via the site of Matlock Riverside and Darley Dale to Rowsley South.

At Rowsley South there is a 30 minute walk alongside the River Derwent to the village of Rowsley, where there is a small shopping village and a pub – the Grouse and Claret – where we would stop for a quick lunch. 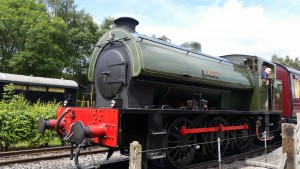 I just hadn’t appreciated how long it’s been since the last blog. This entry is covering a full five days, from Thursday until Monday.

In truth, there is little new to report as the Friday to Sunday was spent entertaining our daughter Sue, who arrived on Friday at Derby station from London.

We picked some of our previous walks and meal experiences, enjoying Sunday lunch at the Red Lion in Hognaston for the second Sunday in a row! 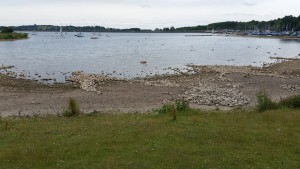 Today we cycled around Carsington Water, taking a break for lunch at the Miners Arms, the only pub directly on the circuit around the reservoir.

We covered around 10 miles on the bikes and it’s a considerably easier cycle than walk!

Rather chilly BBQ in the evening followed by Wales Portugal.

Stanton Moor and a circular walk was one of the recommendations from our visit to the Barley Mow the previous evening. The weather was bright but as it has been for the duration of our trip, quite chilly. 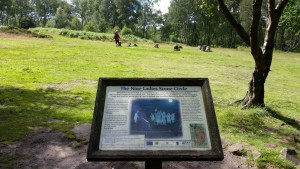 Stanton Moor is a small highland area of the Peak District and lies between Matlock and Bakewell. The moor has four Bronze Age stone circles, of which the best known is Nine Ladies.

Spread across the rest of the moor are a number of Cairns. 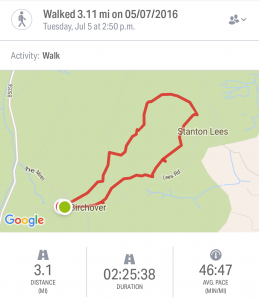 The circular walk we followed was also documented in our Ordnance Survey “Peak District Walks” book and despite this book being some thirty years old, it appears the stone circles and monuments haven’t moved during the intervening period!