Our first experience was at Camping la Roselada, Conil de la Frontera. The long stay pitches are uber cheap but electricity is charged at 0.38 Euro per kw.

Since gas provides around 7 kw per litre, and given the current price is 60p per litre that works out at under 9p per kw and a substantial saving on the site electricity fees.

It’s also been freezing cold here in Spain so we burnt about 5kg of gas in the first 5 days. Unsure how easily we would be able to fill up, and given the highest priority is to ensure we can run the BBQ, we decided to try to top up the tank.

The nearest LPG garage is a Repsol on the way into Chiclana de la Frontera from Conil, and quite close to the centre.

We had already purchased a Spanish euroconnector adapter from the Caravan Company between Reading and Newbury on the A4 at a cost of about £15. 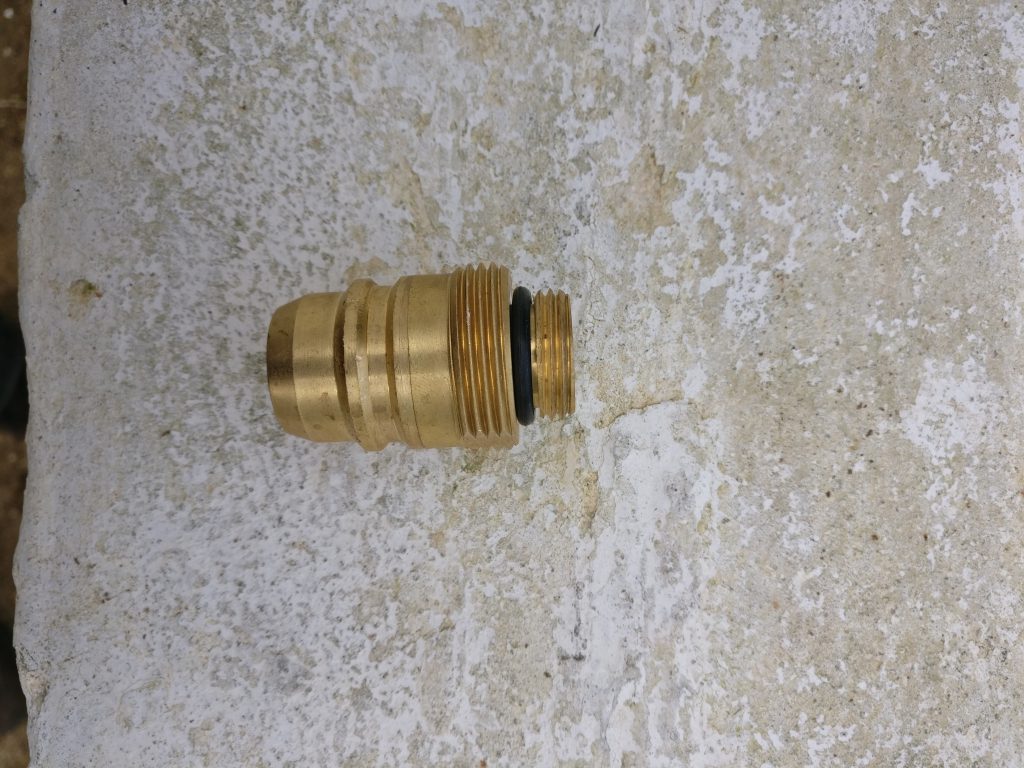 The Euroconnector was meant to be a European standard but has only been widely adopted in Spain, Portugal and would you believe it, the USA. It’s superior to all other connectors in terms of its ease of use and how little gas escapes during the connection and disconnection of the filler gun.

It only needs to be hand tightened as the rubber seal does all the hard graft.

We pulled into the Repsol garage and parked by the Autogas tank. Took the bottle out of the car and attached the connector, tightening the trigger until it all locked into place, dutifully ignoring one of the warning pictures which seemed to indicate cylinders weren’t entirely welcome. 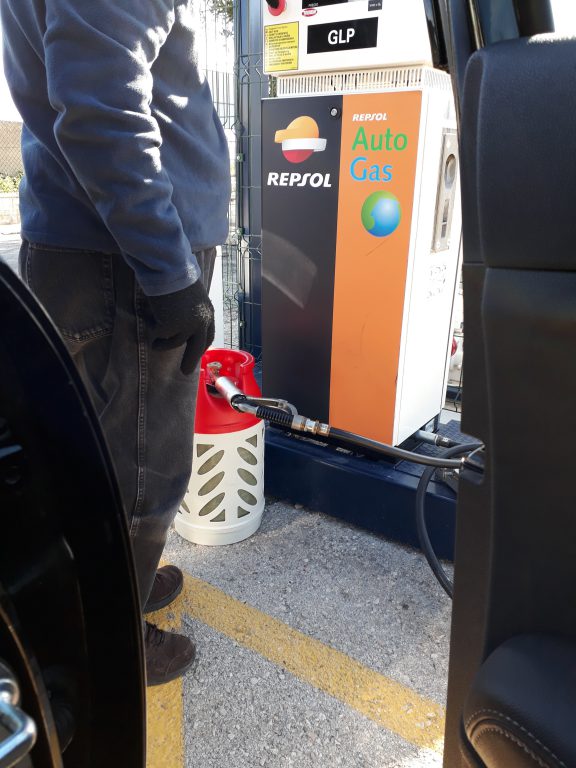 Then things went a bit wrong. Two buttons – a Green one and a Red one. My memory was that the Red button in Blighty is the one to press. Nothing happened with the exception of the display blanking out.

Pushed the green button now and again, nothing. De-attached, re-attached but we couldn’t get the LPG to pump. Eventually deduced the Red button was an emergency shut-off.

Time to send Mo into the garage to smile sweetly, utter the word Autogas and throw her arms in the air. Two minutes later Mo and a technician appeared, armed with a box of all kinds of brass adapters. We didn’t need any because we’d already attached our Spanish one, but ever so helpful, nonetheless.

He said nothing about the cylinder but pushed and held the green button until the display reset itself and the gas started pumping.